Paris may be the most romanticized destination in the world. As an American, it’s probably one of the first foreign cities you learn of. The downside, of course, to visiting a famous destination you’ve dreamed of for years is the greater risk of disappointment. The more expectations you have, the higher your chances of being let down. I know so many people coming away from Paris hating the city. it was too big or too dirty or too crowded or too expensive. These things may all be true to a degree, but personally, I suspect many tourists simply go in with unreasonable expectations. So how do you manage your Francophile dreams to avoid getting disappointed on your first trip? Visiting during the off season will make the biggest difference in terms of crowds. But no matter what time of year you make your getaway to the City of Light, you can plan an itinerary that balances the bucket list attractions you’ve always wanted to visit with some slightly less famous alternative things to do in Paris. Shake up your experience with an unexpected discovery. Disclaimer: This post contains affiliate links. While there is no extra cost to you, I may earn a small commission. All opinions are my own – I only link to products I personally use and LOVE! 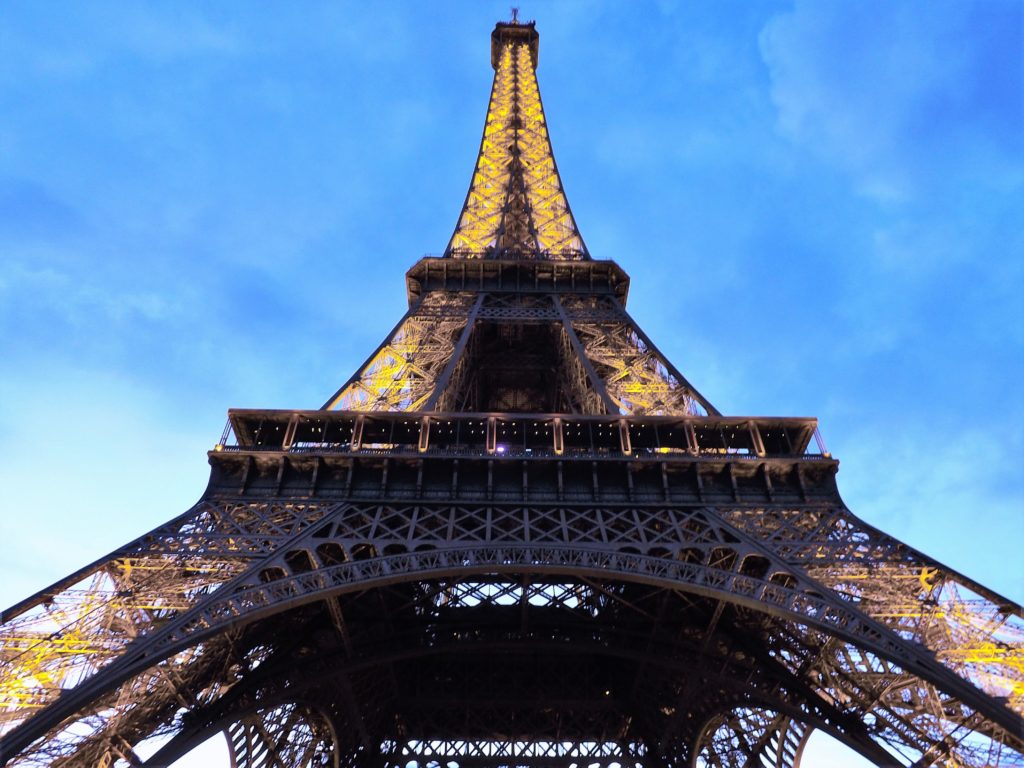 Once considered an eyesore that should be dismantled after the 1889 World’s Fair, the Tour Eiffel is now the absolute symbol of France, one of the most recognizable landmarks in the world, and perhaps the most popular thing to do in Paris. During the day, it stands proud over the Champ de Mars park. By night, it casts a yellow-orange glow over the Seine. Go work in that obligatory photo op, but skip the 1000-foot ride to the top, particularly if you’re traveling with a group. This is one of those places that will always be uncomfortably crowded. It deserves the attention, but when thousands of people a day are trying to squeeze into the lift, it’s very easy to get separated. You’ll eat up a good chunk of your day and wind up shelling out 11 to 17 euros, depending on how high you go. There are other places to see the skyline with no admission fee. 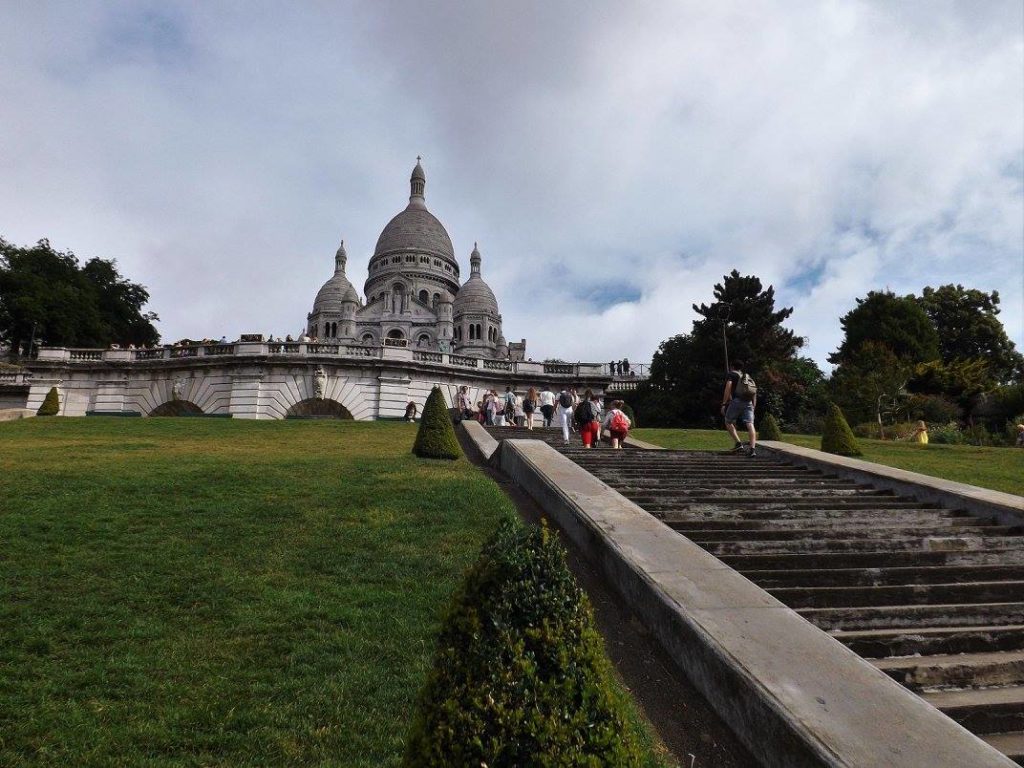 Where to go instead: Montmartre

You’ll get much more out of your plans for the day if you head to the artsy hilltop district of Montmartre instead. The white dome of the Sacre Coeur Basilica is probably the neighborhood’s best known attraction. A climb up its steps will grant you panoramic views of the city. (Unfortunately, you can’t see the Eiffel Tower from this spot, but the Tour de Montparnasse does have a good vantage point for a skyline that includes Gustave Eiffel’s masterpiece.) Just a few streets away, you’ll find the Place du Tertre, once the heart of Montmartre when it was still an independent village. Today it’s filled with painters and buskers and while still a bit on the touristy side, has more character behind it than the Champ de Mars. If you’re up for a bit more of a walk, you can also see the legendary Moulin Rouge. Whether you know it best thanks to 19th-century painter Henri Toulouse-Lautrec or director Baz Luhrmann, chances are you know how lively this cabaret can get. The current windmill is a replica of the original, but does still date back to 1925. If you can score a reservation, dress to the nines and come back later for a whirlwind night of champagne and the can-can. (Even budget backpackers can enjoy a splurge night once in a while. I always travel with at least one nicer outfit for going to dinner or a show, especially when I’m in Europe. Prana is a bit on the pricey side, but their clothes hold up so well to the wear and tear of travel, and strike the perfect balance between backpacker-level comfortable and not-sharing-a-bedroom-with-12-other-people fashionable. This long sleeved dress

was what I wore for a night out in Paris.)

The experience of the Louvre starts before you’re even in the door, with I.M. Pei’s landmark glass pyramid. It’s true that the Louvre holds some of the most famous works of art in all history, from the Venus de Milo statue to Da Vinci’s beguiling Mona Lisa. But if you just want to see the Mona Lisa, I have a radical suggestion to make. Don’t go. Don’t go to the Louvre for one work of art. This is the largest museum in the entire world. You’ll wind up spending hours waiting in line, browsing less famous pieces, and trying to find that single work you want to see. When you get there, you’ll be lost in a sea of elbows and shoulders. The Mona Lisa is beautiful. But if you’re just visiting to check it off your bucket list, you’ll likely be underwhelmed by the few minutes you spend looking at a portrait. Many tourists come out of the Louvre saying the Mona Lisa was smaller than they expected it to be, when it’s actually a very normal size for a portrait. This may be one of the most popular things to do in Paris, but if it’s on your bucket list just out of obligation, the Louvre is just not worthwhile. If you are a major art lover and have a full day to spend getting lost in the world’s largest museum, use these tips for visiting the Louvre. 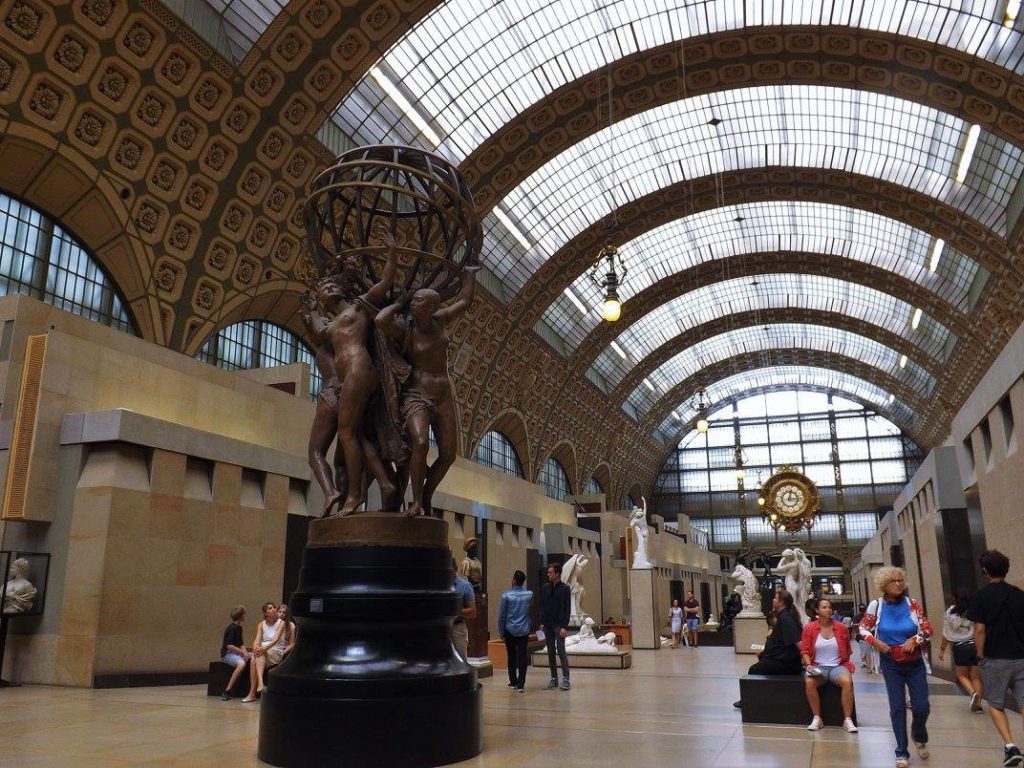 Where to go instead: Musee d’Orsay

If you are at all interested in art or museums, head to the second-most popular museum in Paris: the Musee d’Orsay. Personally, I prefer the d’Orsay in every way to the Louvre. Housed in an old Beaux Arts train station, the building itself is a stunning attraction. The museum’s collection is also much more focused, displaying primarily impressionist and post-impressionist works from the 1840s up to WWI. It’s here you’ll find Monet’s water lilies, Degas’ ballerinas, Tolouse-Lautrec’s can can girls, all amid a thorough look at how art developed throughout the 19th century. There is also a considerable amount of work by Van Gogh, including his Bedroom in Arles, the Church at Auvers, and his haunting Self Portrait. The admission fee of 11 euros is less expensive than the 15 euros to get into the Louvre, and you’re more likely to get your money’s worth. I honestly felt completely overwhelmed by the Louvre when I first visited Paris – and I love museums. In just a couple hours at the Musee d’Orsay, however, I felt like I could really cover the full collection. If you’re less interested in art than I am, you could probably swing through in just an hour and feel satisfied with all you’ve seen. 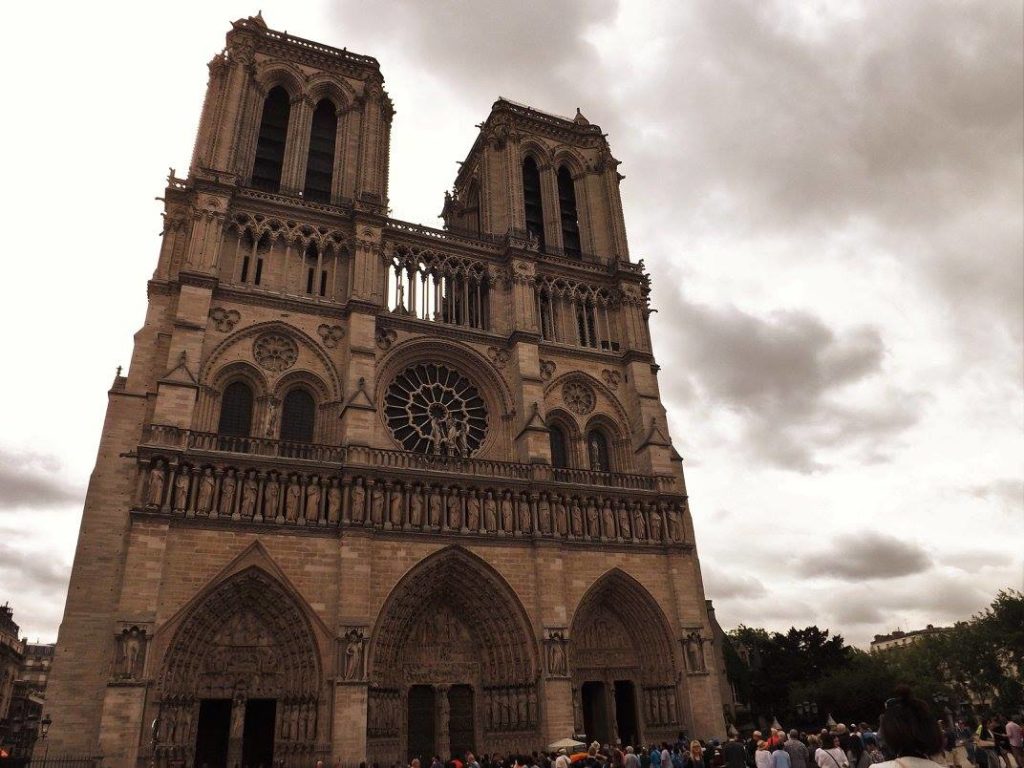 You’re not likely to spy a hunchback in the belltower of this world-famous cathedral on the Ile de la Cite. You are likely to wave away more than one beggar as you try to get a good photo of the flying buttresses. Notre Dame is the most popular admission-free site in Paris. You only need to buy a ticket if you plan on heading up one of the towers for a view of the city and a closer look at the gargoyles. Take a swing through first thing in the morning, when the lines are shortest. This is a superb example of Gothic architecture and it’s not often you can find a must-see attraction with no entry fee. But walking around the interior to see the stained glass is unlikely to take more than an hour and you might feel like there was little ceremony to your visit to such a famous attraction. (You need to keep an eye out for pickpockets near Notre Dame, as you do as most any major tourist attraction. Because I mainly travel in cities, I don’t use a backpack for my day bag. Instead I have this crossbody bag by TravelOn

, which has a ton of anti-theft measures built in, like mesh lining and a reinforced strap. Though nothing beats simply keeping a hand over the zipper while I walk. It looks so much less conspicuous than clutching a backpack to my chest.) 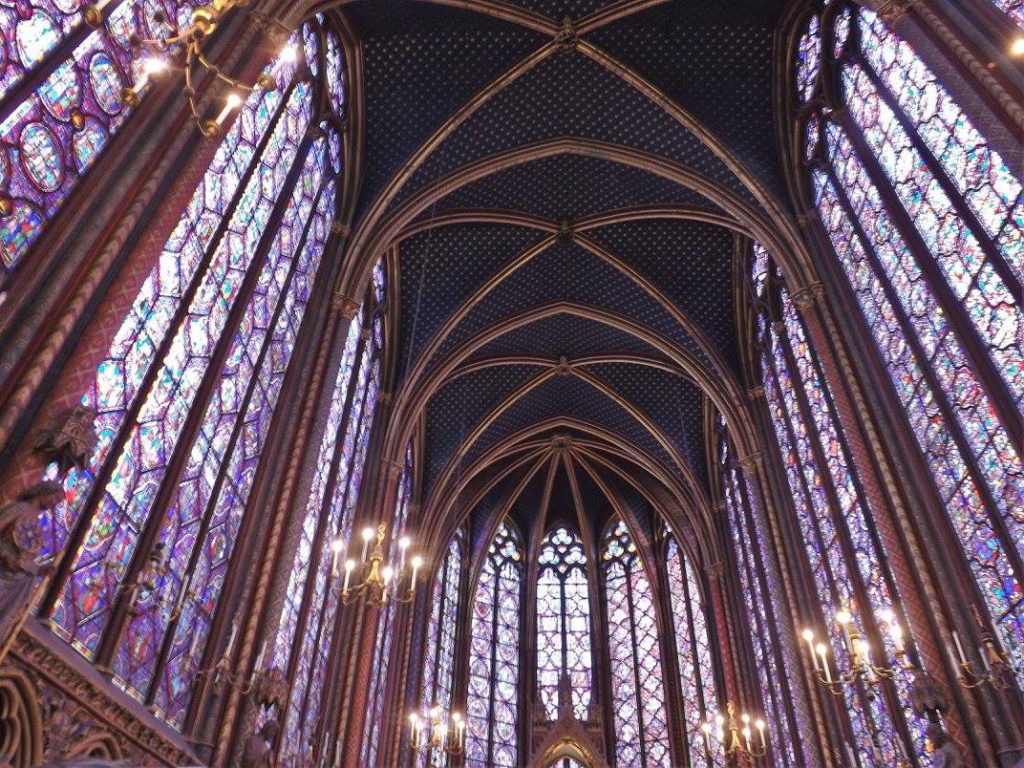 Where to go instead: Sainte Chapelle

Right across the street from Notre Dame is the royal church of Sainte-Chapelle. The 10 euro ticket price may seem steep. But once you set foot in the Upper Chapel, I think you’ll agree it blows Notre Dame out of the water. Hands down – this is one of my favorite things to do in Paris. Sainte Chapelle is also constructed in the Gothic style, but as part of the medieval Palais de la Cite, it’s far grander and more sumptuous than many other churches and cathedrals. Its greatest draw is its stained glass. Fifteen towering panels line the nave and apse of the Upper Chapel. And even the Lower Chapel has a strong air of luxury, with saturated reds, blues, and golds coloring its every corner. If you have it in your budget, you might consider springing for the 13 euro joint ticket with the Conciergerie next door. This medieval prison was famously used as the death row for prisoners of the French Revolution, including the legendary queen Marie Antoinette. Don’t get your hopes too high – Marie Antoinette’s cell was destroyed and replaced with a chapel in the 19th century, and the modern museum’s replica is rather poorly presented. Only the most avid history buff should plan on including this in their budget.

One of the great beauties of Paris is how unique each neighborhood is. Exploring Montmartre is an entirely different experience to wandering the student-filled Latin Quarter, for example. So why first-time visitors to Paris insist upon spending their limited time on the Champs Elysees is beyond me. Today this famous street holds little of the uniquely Parisian charm that attracted intellectuals and politicians in its heyday. Tracing a straight line from the Louvre to the Arc de Triomphe, it is still centrally located. But instead of charming Old World cafes, you’ll find the same fast food chains and designer shops you can see in any capital. 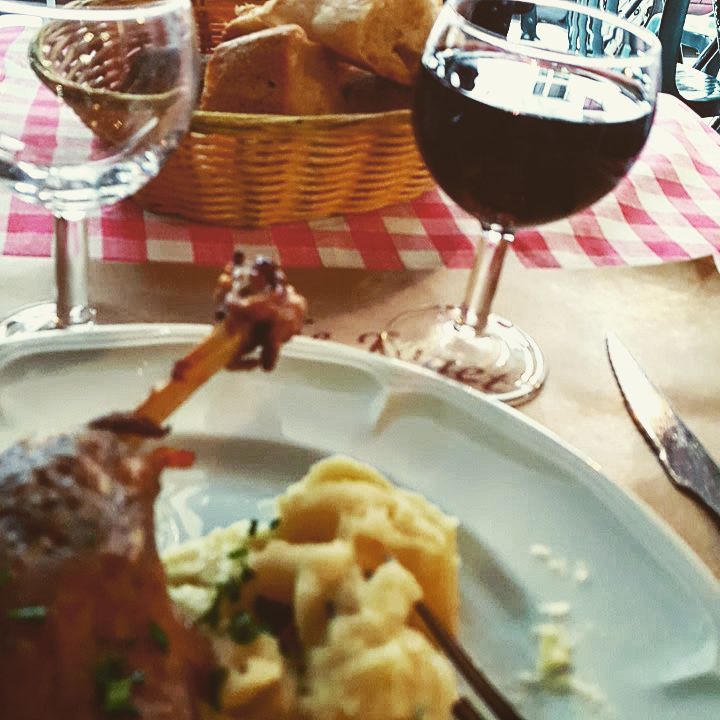 Where to go instead: Saint Germain des Pres

Fodor’s calls it “the most classically Parisian neighborhood.” This corner of the sixth arrondisement is no longer the literary haunt it was in the early to mid 20th century. That much it shares with the Champs Elysees. But the similarities stop there. Instead of replacing its traditional cafes and bars with corporate generica, it’s combined that sense of tradition with more tourist-oriented joints. The result is a dynamic neighborhood where you can still find an authentic French country meal (as I did at Au Pied de Fouet), a high-end art gallery, or a lively round of drinks with new friends. If you’d like to go more off the beaten path, Republique and Pigalle are home to some of the more locally-favored bars and restaurants. Visiting Paris sounds great, but isn’t that expensive? See what I spent on five days in France on my RTW trip. 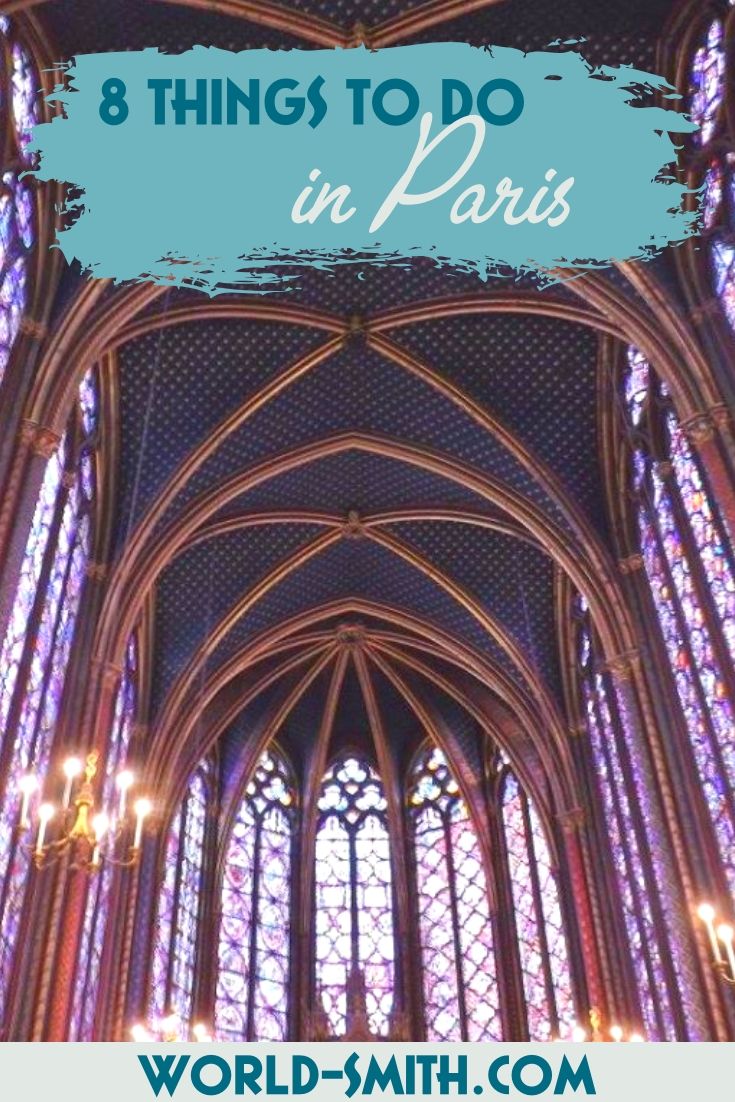 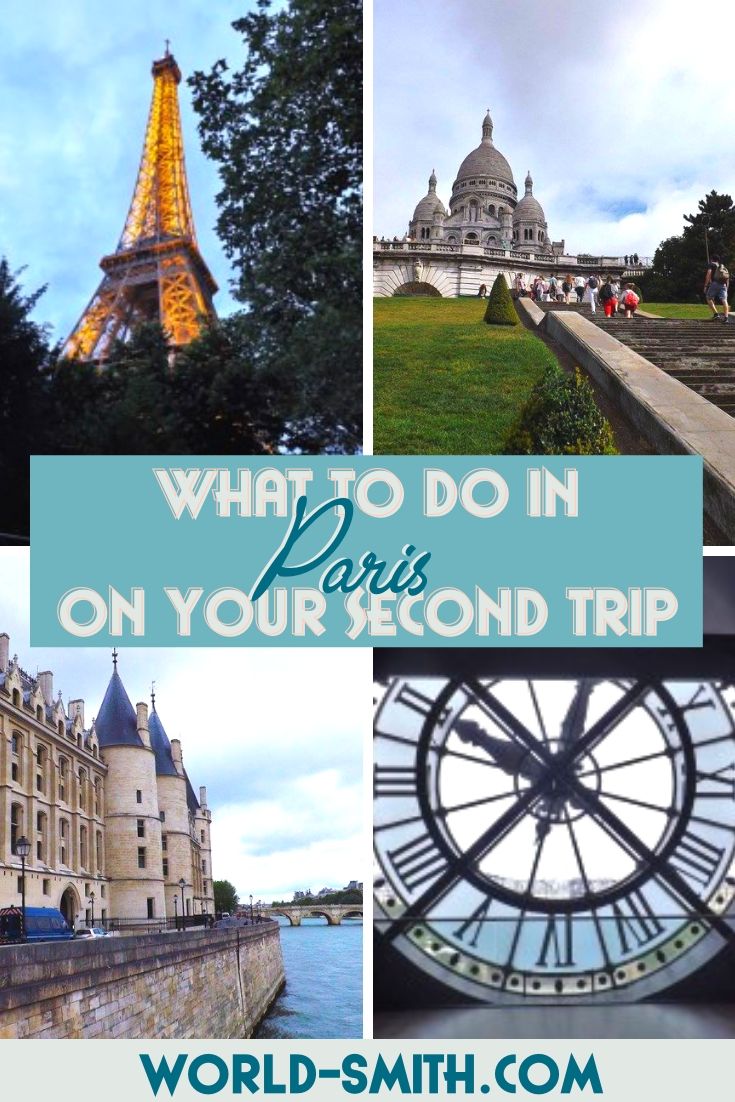 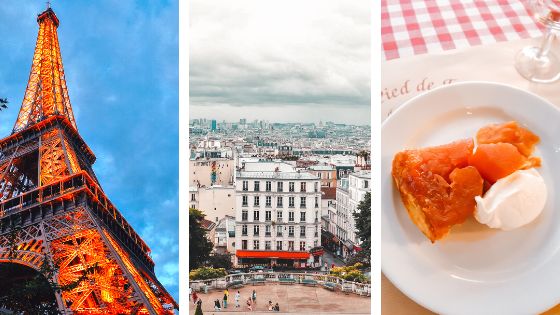 Paris is a destination of endless romance and deep literary history. Whether you’re more inclined to read Ernest Hemingway or Gertrude Stein, Julia Child or… 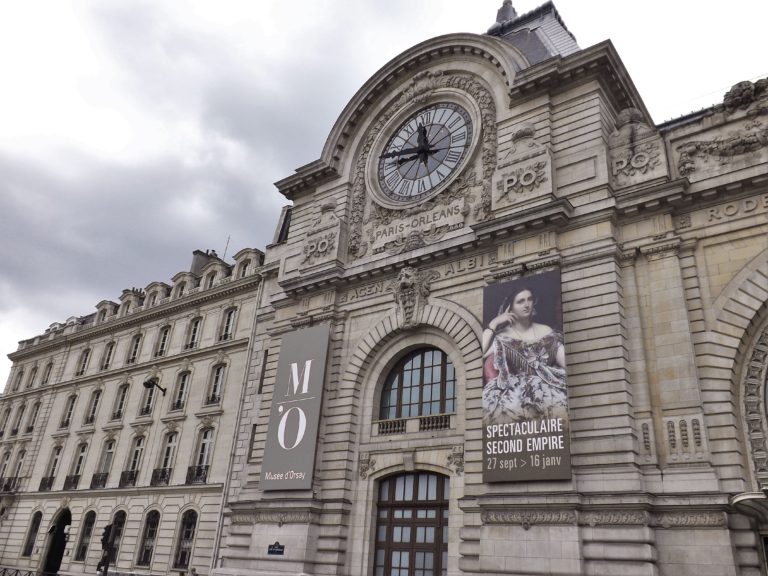 The Musee d’Orsay is easily one of my favorite places in Paris. The main collection of impressionist works, spanning everything from Manet to Van Gogh,… 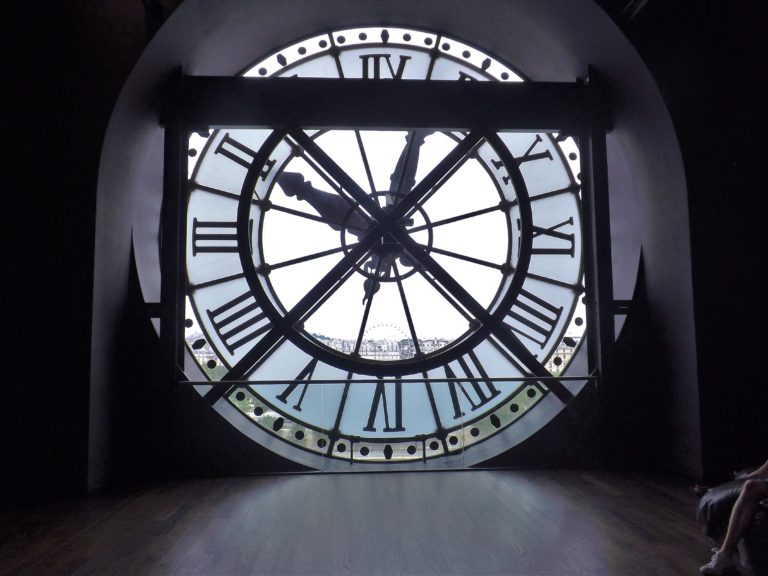